“The Mighty Thor vs. the Executioner!”

The small, presumably Central/South American nation of San Diablo is being torn apart by revolution! The communist faction, led by the bloody Executioner, has the advantage over the democratic faction.

Doctor Don Blake and his nurse, Jane Foster are among the medical professionals that choose to visit the war-torn nation to provide medical aid. The Executioner does not like that — he wants the civilians weak, so they can be conquered with ease — so he sends his army to attack the the doctors. To protect his fellows, Doctor Blake transforms into Thor and (more or less) defeats the evil communists.

Not really, no. The story is pretty hokey, the art is only interesting when Thor is on the page, and the overall message made my eyes roll. It is interesting that, at this point, Marvel is treating Thor like an alter-ego for Don Blake; they clearly are not two separate beings, which means that this isn’t the Thunder God that modern Marvel recognizes. 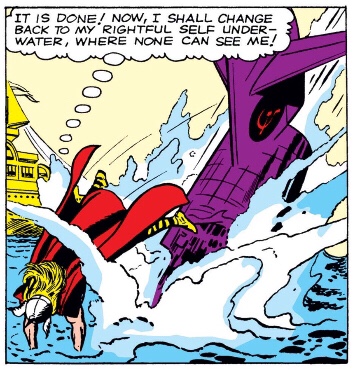 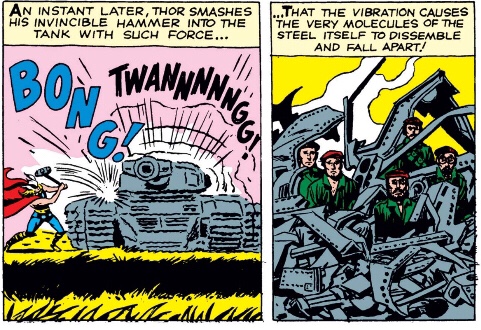