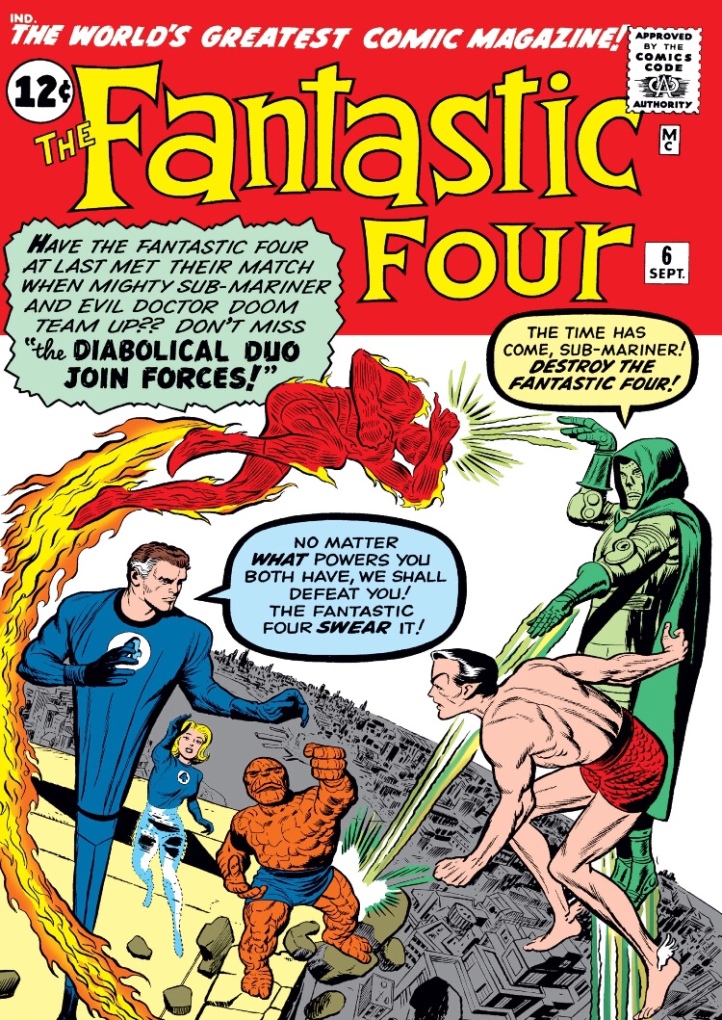 “Captives of the Deadly Duo!”

Doctor Doom persuades the Sub-Mariner to team-up and battle the Fantastic Four. Namor agrees, on the condition that Sue Storm comes to no harm.

Namor enters the FF headquarters, uninvited, as part of Doom’s plan; the other part of the plan was having Namor plant a mechanical device somewhere in the FF headquarters earlier. While the FF were busy confronting Namor, Doom activates the device, and the Fantastic Four headquarters (including the FF and Namor) are lifted into space; Doom reveals that his plan is to throw the entire building into the sun!

The team must team-up with the Sub-Mariner to counter Doom’s attack.

It’s more ridiculous than it is good. There are a lot of fun moments, but this is still a story where Doctor Doom tries to throw an entire skyscraper into the sun. It was an interesting choice to have Doom appear in back-to-back issues and for Namor to reappear so soon, but it makes for a fun issue. 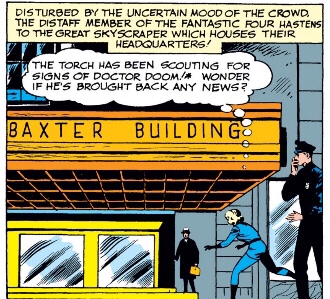 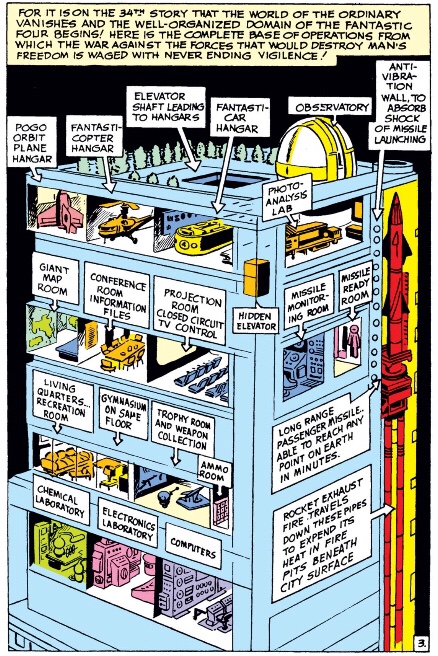 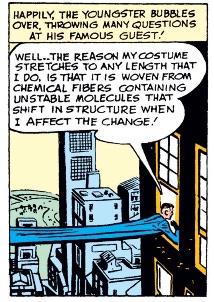 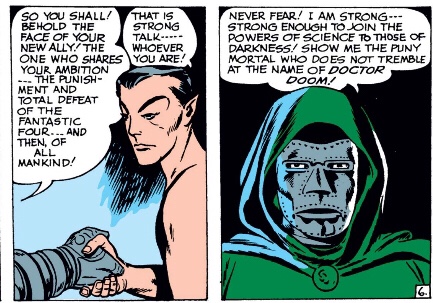