Unpopular teen Peter Parker goes to a science exhibit in his free time, only to wind up bitten by a radioactive spider. The bite gives Peter super-strength, agility, and the ability to climb walls.

Like any unpopular teen would, he uses his talents to become famous on TV as the costumed performer Spider-Man. One day, his increasingly selfish attitude prevents him from stopping a thief. 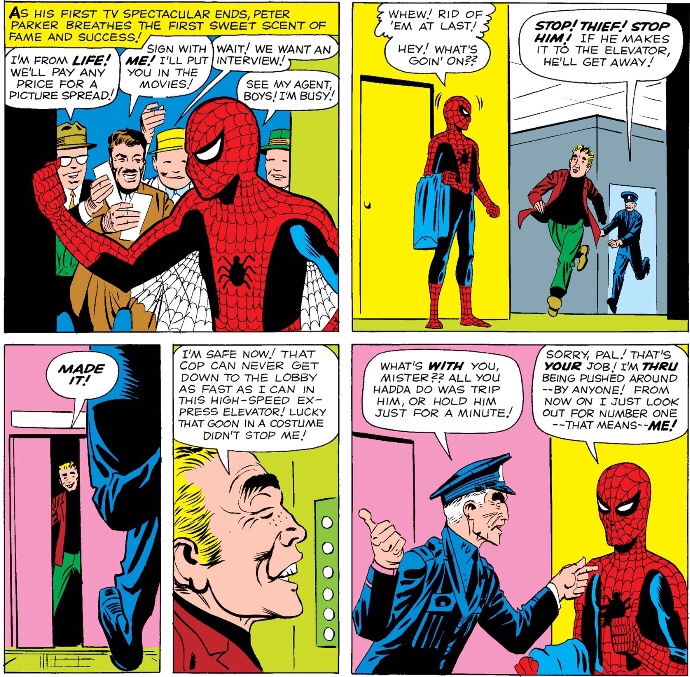 That comes back to haunt him when Peter’s beloved Uncle Ben is murdered — by the very thief Peter could have stopped earlier.

Actually, yes — especially when you consider that the story is only eleven pages! We get the classic origin story in this issue, the costume looks great, and Marvel’s first hero driven by tragedy. Ditko’s art is different than you might expect from this era of Marvel — Spider-Man in action looks a little stilted, and many characters look a little cartoony — but it is distinctive enough to stand apart from Jack Kirby’s style. And Ditko does a good job with facial expressions; this classic scene still hits home (even if Ditko added Spidey’s pupils as a flourish): 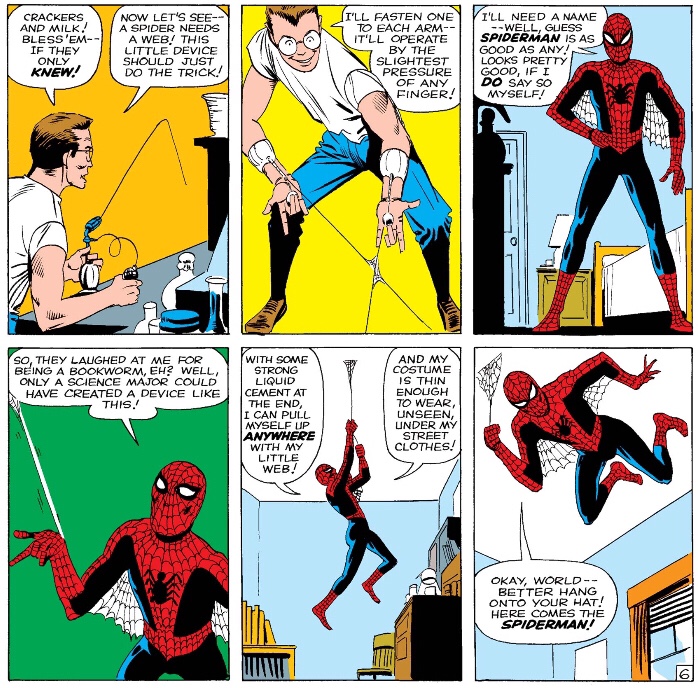 Amazing Fantasy was an anthology title, and this issue contained four stories. However, since the other three are pretty standard science fiction fare, I’m going to ignore them.