Scientist Henry Pym has created a chemical compound that can shrink objects, and another that restores them. 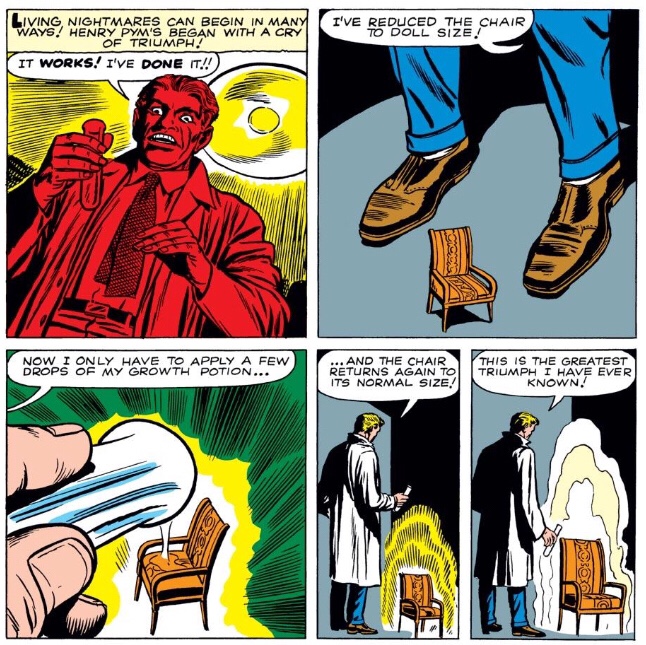 He opts to make himself the first live subject, but he shrinks down further than he expected. Instead of being doll-sized, he is smaller than an ant! He must navigate through an anthill on his way back to the chemicals that will restore him to his natural size. If he has to ride an ant to get there, so be it. 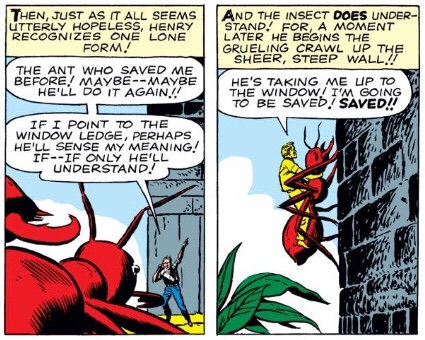 Uh…no. To be fair, this is a seven-page story (including a splash page), so it has to move quickly. Still, Pym is dangerously stupid several times in this story. Kirby has some fun drawing giant ants, but that’s about all that’s good here.